Chacco foals sold for top prizes during the July HorseDeals! 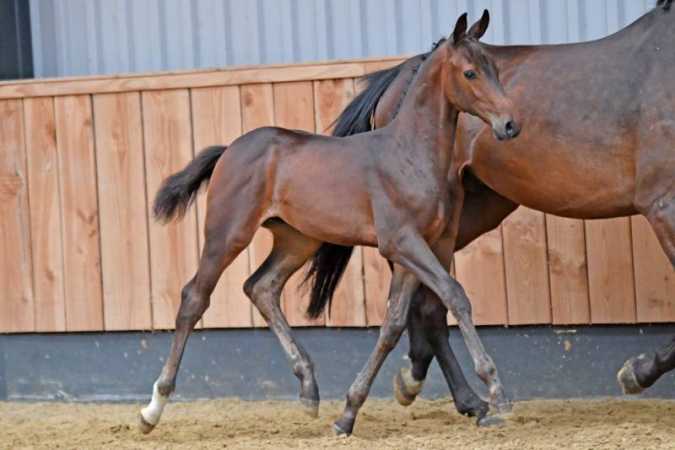 The July Deals on the online auction of HorseDeals ended on Monday. The twelve foals offered leave for Belgium, Spain, Switzerland and the United States, among others. There was a bid war on the two sons of Chacco Blue: Unique Chacco was virtually sold off at a whopping € 34,000 and another € 19,000 was paid down for Urban Chacco.

Furthermore, there was once again worldwide interest in the frozen semen straws. The amount for a straw from Dominator Z amounted to € 15,000 and the original straw from Chacco Blue goes to Ireland for € 30,000.

The HorseDeals team is grateful for the trust of all breeders who have bid and wishes its customers every success in breeding. We are already looking forward to our next online auction during the September Deals.

Also foals in the July Deals of HorseDeals