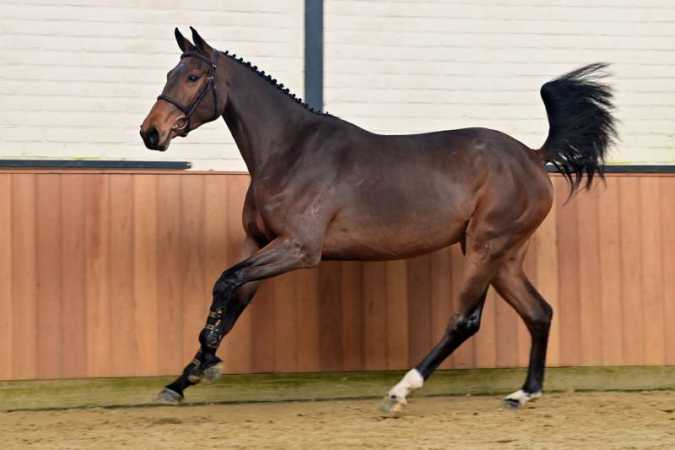 Monday night was another top night for HorseDeals, as the November Deals came to a successful end with the top price of no less than 40,000 euros for Neceline. The three-year-old mare out of Chacoon Blue x Calvaro Z has everything to make it in the future.

The last bid for the embryo of Carthago and Pink vd Bisschop came with 30,000 Euros from Poland. The expected filly from the Evita and Usha van 't Roosakker damline has an abundance of 1m60 genes.
The third highest bid of the evening was also for an embryo. The Chacco Blue x Azuela de Muze (Heartbreaker) will be born in the Netherlands next spring and was good for a price of 26,000 euros.

Of the other young horses and embryos, several remain in the Netherlands and neighbouring countries, but there were also buyers from Ukraine, Switzerland, Poland, the United States and Great Britain.

There was certainly an international presence for the straws as well. Chacco Blue's original straw achieved another top price of 26,000 euros but Conthargos and Chacoon Blue also made their bids skyrocket to 4650 and 3800 euros.
The straws of For Pleasure and Mylord Carthago complete the top five of the highest prices with 2925 and 2900 Euro respectively.

In the new year HorseDeals will be back from 24 to 31 January 2022 with the January Deals.


Excellent young horses in November Deals
Buy yourself a present during the Xmas Deals!

Auction:
November Deals: NO TERMS, all straws are free for ICSI as well!