1.60m mare in the September Deals 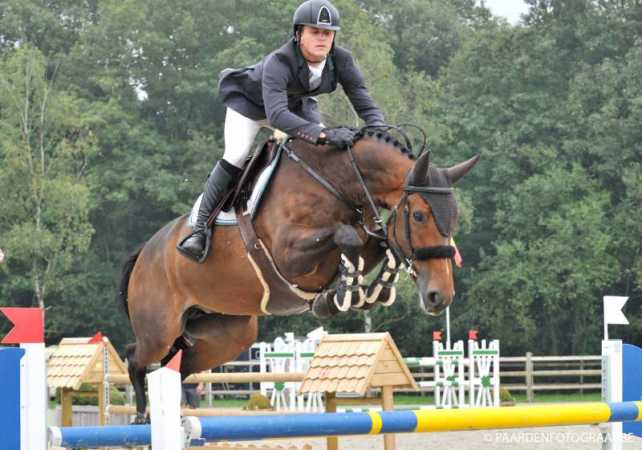 From today, 20 September, at 12 o'clock, you can bid on the September Deals collection. Already the 12th edition of HorseDeals and that it will be a special auction week, is already certain because where can you buy a broodmare that competed at 1m60 level so easily?! W Delta Mossel Jantje (Pilgrim x Heartbreaker) has, besides her jumping career, already been successfully used for ICSI so that she can be fully used for breeding.

In the September Deals, frozen straws from both jumping and dressage stallions again make up the largest number of lots, and in addition to perennial top performers such as Chacco Blue, Conthargos and Total US, the stallions Mylord Carthago and Kannan are again on offer.

The nine offered embryos are all implanted and the foals will be born in 2022. In addition, they all come from 1.60-genes! At least two of them will be fillies, one of which is out of Chacco Blue with the Roosakker dam line and the second out of Kashmir van Schuttershof and A Capitola S who is the mother of Eldorado S and Faquitol S who are both jumping at 1.60 level.

Azuela de Muze already has several offspring at 1.60m level and as a daughter of Narcotique and granddaughter of Qerly Chin this should not come as a surprise. She forms a combination with Dominator Z.
The mare Andrea herself competed at 1.60m and is now available with an embryo of Emerald. Furthermore also an embryo out of a daughter of the full sister of Kashmir van van Schuttershof, and that combined with Chacco Blue forms an absolute godsend!

Bidding on the interesting deals of the September Deals is possible until September 27th !
Click here for the collection