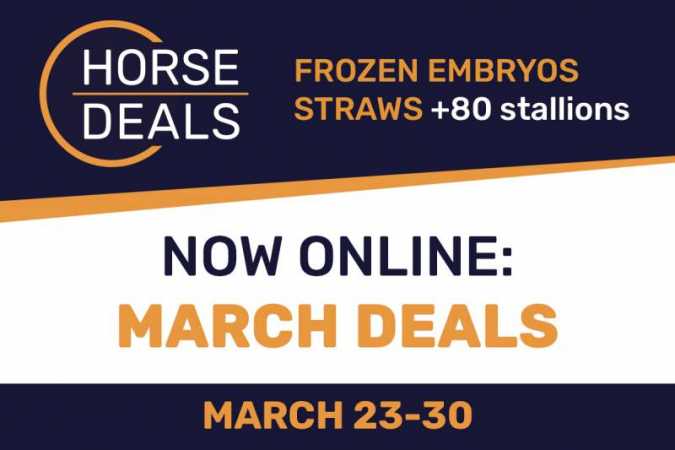 Horsedeals has just unveiled its March Deals (March 23-30), a line-up for you to feast on. Register online for free and find the best deals!

We offer you straws of more than 80 top stallions, including an original straw of Chacco Blue, but also straws of Diamant de Semilly, Emerald van 't Ruytershof, Kashmir van Schuttersof, Dobel's Cento and many others are offered.

Consideration was also given to dressage lovers with, among others, straws of Sezuan, Sir Donnerhall, Gribaldi, Rousseau, Foundation and Dancier.

We have seven frozen embryos on offer as well, each of which combine the world's best sports genes.

Or how about a Chacco Blue out of the 10-year-old Kwasabi van 't Heike (1.40m with Carly Anthony), who is the sister to the five-star Grand Prix horses Fairlight van' t Heike (Alberto Zorzi & Edwina Tops-Alexander ) and Evian van 't Heike (Fabio Sarti)?

Discover the entire collection over here and make your move!